Your Voice Matters: One family’s inspiring and courageous story – Foundation for an Informed Texas

One family’s inspiring and courageous story 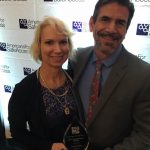 Congratulations to Texas cannabis advocates, and loving parents Mark & Christy Zartler for being honored by the national cannabis patient advocacy group Americans for Safe Access (ASA) as the 2018 Courage Award winners!  This recognition is awarded to advocates who have displayed great courage in the face of adversity.  Often ASA Courage awardees are new to advocacy, but due to their passion, they are able to enact great change in a short time. Mark & Christy live in Richardson, Texas with their eighteen-year-old twins Keeley and Kara. You can watch them receiving their award HERE. 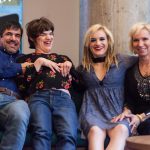 Kara suffers from cerebral palsy and severe autism. From an early age she has been hitting herself, often uncontrollably, which has resulted in many broken bones.  Out of sheer desperation for something to calm Kara, the Zartlers tried cannabis.  Miraculously, it stopped her self-harming behavior immediately and has a calming effect on her unlike any other medicine.  The medicines Kara takes were going to kill her liver and kidneys – and eventually her -  in the extreme doses she was taking.  Cannabis made it possible for the dosages to be reduced to a quarter of the pre-cannabis dose.  Another benefit has been weight gain; previously, 49 pounds Kara now is a much healthier 110 pounds.

In 2015, Christy advocated for pro-cannabis legislation in Texas.  However, their advocacy efforts really took off in 2017 after they made a video of Kara having a self-harming fit and showing Mark administering cannabis vapor to Kara.  After posting it on Mark’s Facebook on February 16, 2017, their story went viral with over 1.5 million views. Additional viral syndications of the video have now been seen by over 100 million people.

The Zartlers have risked everything to try to get their child safe, legal access to cannabis.  As a result of their courage to share their story they have been able to open the hearts and minds of people who previously did not believe cannabis is medicine.  Click here to read comprehensive stories about the Zartler family reported in the Washington Post (February 2017) and an updated story about Kara’s progress and the Zartler’s fight for legal guardianship of Kara in Culture Magazine (May 2018).

During the 2017 Texas legislative session Mark & Christy made six trips to the Texas Capitol tirelessly supporting legislation that would have legalized medical cannabis in Texas by expanding the Texas Compassionate Use Program to include significantly more qualifying conditions and removing the THC cap.  To date, they have met personally with eight state and national elected officials, dozens of legislative staff, and testified at four hearings advocating for broad whole-plant cannabis bills.

The Zartlers received the 2018 ASA Courage Award on May 24, 2018 in Washington DC, at the Americans for Safe Access Unity conference.  They spent the three days leading up to the awards ceremony lobbying on Capitol Hill for the CARERs Act which would protect state’s rights, deschedule CBD, provide protections for veterans who use cannabis, reduce barriers to scientific research and provide a banking framework for cannabis businesses among other things.

Each of us has a powerful story to tell. There is someone out there who will see themselves in our stories. Sharing how cannabis does or would benefit us with our friends, family, physicians, and lawmakers helps put a human face on the need for cannabis law reform. We hope the Zartler’s courage will inspire you to join our efforts to advance pro-cannabis legislation in Texas!