by Kyle Hoelscher, Attorney at Law

I am an attorney and I often see trends in law enforcement.  I knew that I would start getting calls on this subject as soon as I began seeing the slick marketing campaigns by internet businesses regarding CBD products.  Salesmen of CBD products called me to discuss legality, headshop and vape store owners then began calling me to see if they can carry it, and finally, people started calling me because they have been arrested for possession of it.  As an attorney, I have to tell everyone that buying, selling or distributing these products is illegal.  I further tell them that they are likely to face some very stiff punishments if any law enforcement officer finds them with any CBD product.

Now, there is little legal argument to be had, CBD is definitely federally illegal.  We know this because it's plainly stated that any extract of marijuana is a schedule 1 drug.  We also get regular reaffirmations from the DEA, like the new rule published on December 14, 2016 that clarified current law and created a new tracking number for marijuana extracts.  We know this because we have lawmakers trying to pass laws that would make it legal.  And we know this because people are being arrested and imprisoned in Federal Courts for possession and distribution of CBD products.  In Texas, the water is a bit more muddied, since our legislature never actually put Cannabidiol in any legislation.  As far as I can tell, CBD is illegal because it's a derivative of Marijuana and its illegal because it's a related chemical to CBN (which is specifically named).  I would love to have a test case on the subject, the problem is that I would need to find someone who get arrested with 100% pure CBD.  This is something that doesn't exist in the CBD products being sold.  You see, if it has even a few molecules of THC in the oil, it will test positive for THC on a roadside test and later, on a mass spectrometer.  If any THC exists in the product, the whole thing is a controlled substance and the whole weight of the product is used to determine punishment.

Let me relate two real life cases that are currently sitting in my office.  These are regular people with no criminal histories, just going about their day with the belief that the CBD they owned was legal.  The products they purchased were sold openly in a brick and mortar store.  They say right on the label, "Contains CBD" and "0% THC."  Looking at the manufacturer's website, it claims that these products are "legal in all 50 states" and then gives an expansive explanation on their legality.  It talks about hemp and Section 7606 of the Farm Bill.  To any ordinary person, this seems to make a lot of sense.

Along comes Jane Doe.  Jane has arthritis pain and uses CBD to reduce the pain she feels on a daily basis.  Jane went into a local vape shop one day and picked up a refill of CBD oil.  With that errand done, she drives home for an evening with her family.  Halfway home, she is pulled over for having no light on her license plate.  The police officer begins the traffic stop as normal, after all, Jane has a driver's license and insurance.  But, she also has her CBD oil on the seat next to her.  The police officer spots it and asks to examine it.  Jane didn't give it a second thought.  To Jane, this product is legal, so she hands it to the officer and tells him its CBD oil.  The officer throws it in a roadside marijuana test pouch and lo and behold, it tests positive for THC.  She is arrested, her car is searched and impounded, she is held on a $20,000 bond, and charged with a 2nd degree felony, punishable by 2-20 years in prison.  Her case is not yet resolved, but she now lives with a curfew, monthly drug testing, and reporting requirements, luckily we were able to keep her from having a GPS tracker on her ankle.  Maybe their website meant legal in 49 states?

John Doe (not related) has a child with a persistent MSRA infection.  This child is 3 years old.  John has put this child on every side-effect laden drug the pharmaceutical companies have to offer.  Finally after all avenues were explored, he was told by doctors that his child will either clear the infection, or die.  At his wits end, he finds some information that CBD could help his child's immune system fight off the drug resistant bacteria.  So, he goes to a store and buys it right off the shelf.  He administers it to his child and like a miracle, the MSRA clears up soon after.  He kept his child on this regimen until a doctor gave him the all clear.  He too, was driving his car.  He too was stopped for a minor traffic infraction and he also went to jail for possession of a controlled substance.  The reason I pick this case is because at some point he mentions to the police officer that he has given the medicine to his child.  A week later Child Protective Services was at his door.  He temporarily lost custody of his child and is now facing both possession and child endangerment charges.  All of this over something which is supposedly legal in all 50 states.

I end this article with a disclaimer.  I support CBD.  I have directly seen positive effects that CBD has.  I have heard countless anecdotal stories regarding the medical benefits of CBD and many other cannabinoids.  I spend a lot of time fighting so that people can have access to it and I support anyone who refuses to obey unjust laws.  All that being said, I am ethically bound to give competent legal advice based on current law.  Sadly, CBD is currently illegal.  John and Jane Doe both know it now, but they took the hard route.  Don't let that happen to you, stay safe out there. 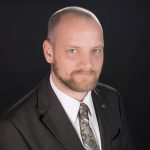